Usually around Thanksgiving, a few turkeys are paraded on campus to scare kids away from drinking and get them out of class. The reason for this is because it turns out Thanksgiving is the… 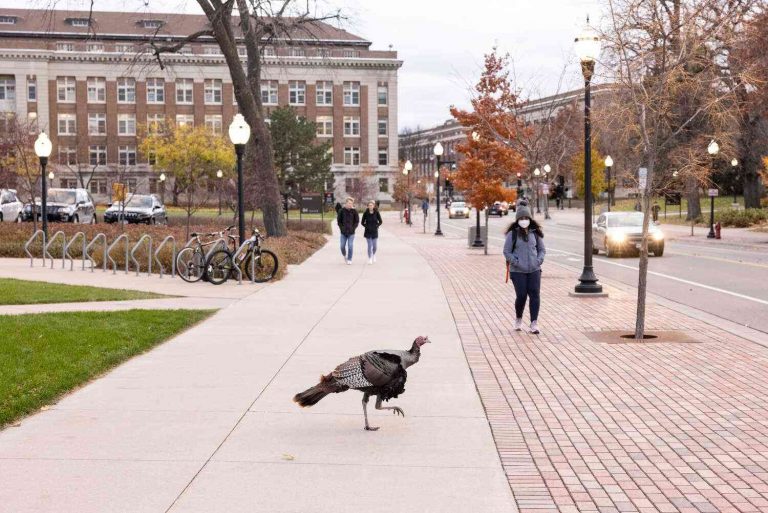 Usually around Thanksgiving, a few turkeys are paraded on campus to scare kids away from drinking and get them out of class. The reason for this is because it turns out Thanksgiving is the most popular holiday for binge drinking, and five out of the top seven holidays for binge drinking are on the college campus, according to the National Institute on Alcohol Abuse and Alcoholism.

On Veterans Day, it is tradition for groups to parade veterans through town, at a very low cost to the school. When it is Veterans Day, students are mostly confined to their dorms and generally do not drink out of fear of being seen in public without their friends.

So when will college students stop hogging the holiday for themselves? Hopefully not soon. Only 34.2 percent of college students report having ever had a holiday drink, according to a study by the National Institute on Alcohol Abuse and Alcoholism. In fact, only 21.8 percent report having ever consumed a holiday drink. By comparison, 79.8 percent of drinkers admit to having had at least one beverage during the past 12 months.

Even with this slow start, it will probably take another quarter or so for college students to feel festive and ready to go out to parties and bars. The freshman dorm wall calendars and the Walgreens photo calendars say it all.

One of the side effects of having more students cram into these crowded dorms is that only the ones who need to drink usually make it to the bars, prompting other students to turn up their noses at the booze and not attend the designated drinking areas.

Most of the 9.3 percent who drink on these holidays admit to drinking the majority of their recommended dose in just one week, around a week before the holiday, which means they are actually “Jolly” after Thanksgiving. By the next Monday (more like a Wednesday), the students feeling jolly are a long way from their party time, for which they have tried to down the booze every night before. If the students feel jolly after Wednesday, they should probably start drinking immediately or they will feel just as miserable and stressed as the rest of us.

The Centers for Disease Control reports that 0.5 percent of college students use alcohol for non-medical purposes every year, an increase from 0.3 percent in 2010. Their study suggests that if these students became regular drinkers, it would have a negative impact on their ability to work and be a good member of society.

Cathy Dan, LCSW, is a licensed psychologist in Philadelphia. She is the founder of Best Counseling Consultants LLC, and is often asked to treat students who are concerned about having too much to drink or who are treated for alcohol and drug abuse. For more information, visit BestCounselingConsultants.com.

Tune in this Thursday as special guest host Brittany Wallman and columnist Tiffany Hall, Ph.D., discuss their perspectives on the campus drinking culture.