Ethiopia Prime Minister Abiy Ahmed, facing the most serious escalation of violence in decades, has thrown himself on the front lines and pledged to guarantee the safety of the country’s civilians in his first… 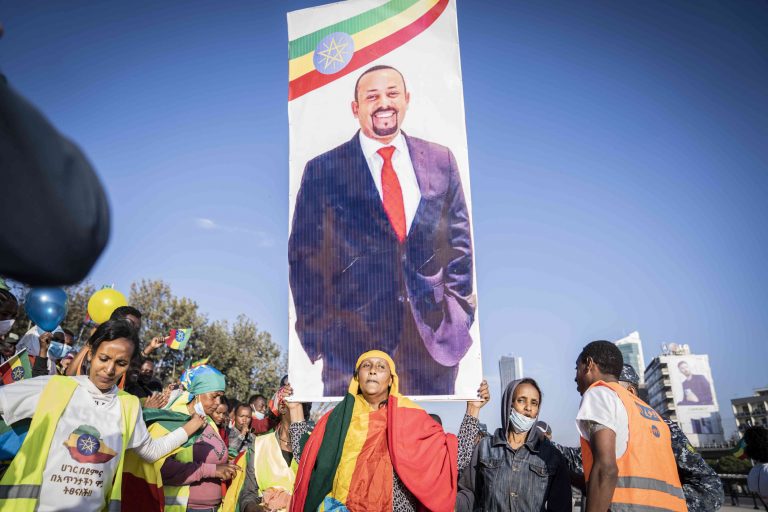 Ethiopia Prime Minister Abiy Ahmed, facing the most serious escalation of violence in decades, has thrown himself on the front lines and pledged to guarantee the safety of the country’s civilians in his first speech since taking office last week.

Abiy came to power on Saturday after an historic meeting between the old, pro-formula political leadership and the opposition. The consensus reached during the 18-month-long negotiation was intended to put an end to a brutal civil war that has rocked Ethiopia for two decades.

However, the new prime minister said that the ongoing violence – which is the biggest challenge of his reign – went against the terms of the agreement he signed with the leader of the opposition. He said that he would not allow the bloodshed that was taking place in the commercial hub of Addis Ababa, to happen anywhere else in the country.

After outlining key areas of his government’s commitment to the agreement, Abiy told thousands of people in front of Addis Ababa’s Freedom Square that Ethiopia would protect civilians from the violence now taking place. “I committed my life as prime minister to ensure that civilians do not suffer in this process.”

Wuhekelle Assefa, one of the parliamentarians involved in brokering the peace deal, was excited by Abiy’s presence. “This has been the first time I have seen Abiy Ahmed. I think this is very positive. I hope the situation is now calm in Addis Ababa, but everything depends on how things develop.”

Abiy, who became prime minister on Friday night, succeeded Hailemariam Desalegn. In his first speech as prime minister, Abiy said he would address the remaining issues, including human rights and democracy, to be discussed at a later time.

However, there are signs that his new administration is moving faster than the previous one in addressing the most sensitive issues. On Monday, the foreign minister, Workneh Gebeyehu, met the opposition leader, former deputy prime minister Seyoum Mesfin, who spent two years in jail over events related to the election that took place two years ago. The government also released prominent journalists and activists earlier this month.

Ethiopia has experienced an unprecedented level of tension in recent years. Civilian opposition groups had been in exile for over a decade, but the ranks of domestic groups have swelled since the last polls in 2015. There were allegations of rigging in the electoral process, as well as gruesome killings. The economy has been hit hard as a result of the war in neighbouring Somalia and it remains a tough place to live, with in-fighting among political groups exacerbating the problem.

Among the biggest victims of the past two decades of violence has been the country’s youth. Tens of thousands have been killed and millions fled from the region in search of better lives.

Opposition groups in the country also allege that the economic and political gains recorded by the government since its reforms of the 2000s have not been shared equitably. They call for structural adjustment of the country’s economic model, better education and more religious freedom.

If the new government’s meeting with Seyoum last week was any indication, Abiy’s the government is committed to moving forward towards greater negotiations.