Play Audio Clip Listen to audio clip. It was a magical Wimbledon fortnight in 1912 as Victoria Navratilova won her first Wimbledon Championship. Under John Von der Bell’s watch, the sport of tennis came… 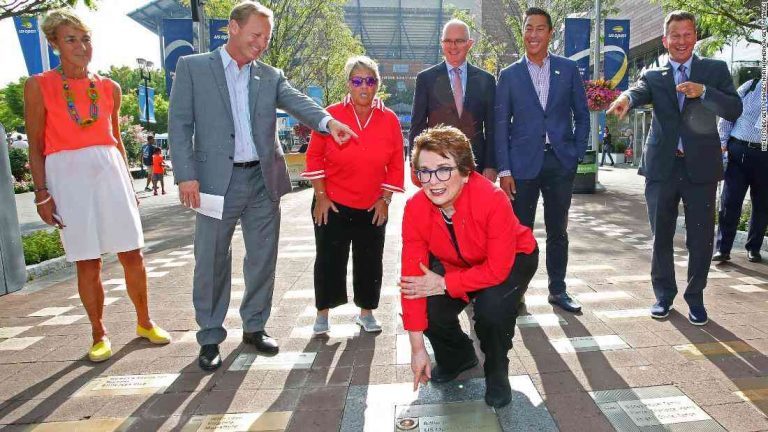 It was a magical Wimbledon fortnight in 1912 as Victoria Navratilova won her first Wimbledon Championship. Under John Von der Bell’s watch, the sport of tennis came to the U.S. this summer for a match made in heaven: 20,000 American fans cheering for their No. 1 tennis player.

Rip Sanders, longtime reporter for Tennis Channel, died Friday. Along with seeing Navratilova win Wimbledon, Sanders saw the establishment of the women’s Professional Tennis Association (PTA) in 1993, and the women’s professional tour’s beginnings with Steffi Graf in 1992. Sanders served as an expert commentator on courts around the world and went on to write two books. The first of his writing series was ‘Women’s Tennis Under Siege’ in 2013. His second book, ‘The Hot vs. Cold Case of the Professional Women’s Tennis Association,’ was released on June 20th.

Sanders shared his thoughts about the loss of Rip Sanders with Fox News Radio.

On what made him unique: “I think what made me a unique reporter was the fact that I was such a purist. I loved tennis. I loved the history of the sport. The fact that I wrote for Wimbledon on an annual basis was a dream come true to me. At the same time, though, that I would be negative about a player if that player did something that I thought was a bad decision, that I felt was a bad performance, I would ask my audience what they thought. And one of the things that made me a unique reporter is that I listened to the public. We saw other reporters becoming more aggressive in covering the sport. I was comfortable being polite because that was my role. But then when I knew something was going wrong, I would not allow it to go unanswered and I’d have to have an opinion. When I covered women’s tennis, it was a time when female athletes, there was not a lot of money in it and it was by far the toughest sport of the female athletes.”

On the decline of women’s tennis: “I think it was important for us to realize it wasn’t just a tennis tournament. It was an issue that we were telling a lot of stories in. You had a political women’s movement going on at the time. There was a political issue. I think when I came on the scene in terms of watching women’s tennis, we saw a lot of tremendous talent play. We had a lot of tremendous competition. There was also the fact that women’s tennis was being forced to wait to try and catch up to its men’s counterparts. We had various record girls trying to play the men. They had a thing called a $10 Grand Slam. It was supposed to be $10,000 but women got paid $10. This was in 1961. We had other records like Wimbledon winning a women’s doubles, Wimbledon winning a men’s doubles, Wimbledon winning a women’s singles, and so on. I think we had a really good group of players. I think at that time there wasn’t a huge public following for the women’s game, but there was a great number of women who put their heart and soul into it. The so-called “first women’s tennis pros,” a lot of them were washed up before they hit their 30s. Most women’s tennis players were poor women who put their name on the side of a desk.”

On being disappointed in Billie Jean King over her position on PTA: “Yes, I was very disappointed. When I followed the news, she was publicizing her own brand and her perfume. I think that’s a terrible mistake. Also, she came out as an ally for the Equal Rights Amendment, which was a controversial thing to come out in 1982. It didn’t affect the women’s sports, but it certainly affected the voters and the politicians on that issue. So, no, I was disappointed.”