Funding That Helping Trafficking Victims: Some $2.2 Billion – in one swoop

It was no small price to pay: At least $2.2 billion — largely to criminal smugglers — in aid from the United States and other Western governments over the past decade or so, according… 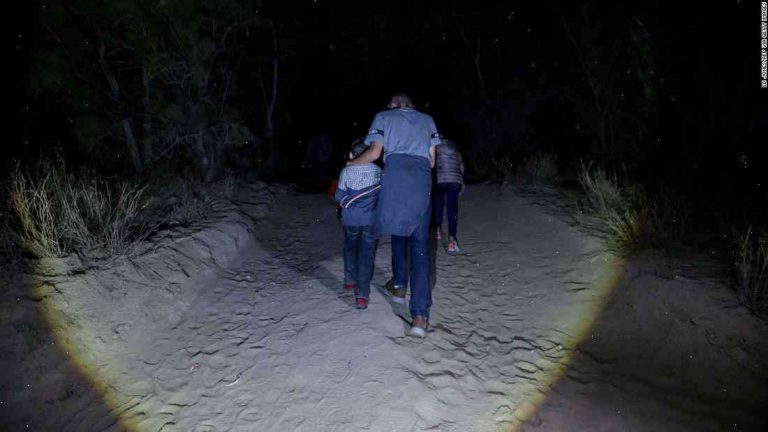 It was no small price to pay: At least $2.2 billion — largely to criminal smugglers — in aid from the United States and other Western governments over the past decade or so, according to a new report from Human Rights Watch. A vast majority of the money was handed over in one go, with little and often no oversight or accountability.

The conflict between human traffickers and their Western supporters has extended to U.S. funding, the report argues.

In a meeting with government representatives in Bangladesh last week, President Barack Obama said that the flow of people had to be halted. “That has to be said,” he said, adding that “we can’t build up millions of refugees in camps, just because they’re asking for asylum.” He cited help provided for an estimated 1.4 million refugees from Iraq and Syria who have registered with the United Nations and who now live in camps, “in some cases for the next two decades.”

Mr. Obama said the U.S. needs to devise a system that “recognizes that, while everybody appreciates the generosity and generosity of the people in Bangladesh, their biggest concern is to have safe havens, to be able to control the situation in their community and their country.”

Human Rights Watch senior counsel Lee Harris said that Mr. Obama “seems to understand the crisis” but “understands that we need to allow some resources to flow — some U.S. resources — into the countries where the refugees are.”

David Miliband, the former British foreign secretary, who now heads the International Rescue Committee, a non-governmental group which assists victims of conflict and natural disasters, said it was necessary to provide special recognition for the host countries.

“Those who seek asylum in European countries have more than a fair chance of being accepted,” he said, adding that many of the refugees “are not economic migrants — that’s a myth.”

But, he added, the number of people who really face persecution or more serious violence “is much, much smaller.” Many of those who make their way to Europe from Africa are probably taking less risky routes, particularly to Europe’s borders in Greece and Italy, to evade the menacing gangs that control so many migrants, Mr. Miliband said.

“Some of the numbers in Europe are out of proportion,” he said. “They are people who are fleeing.”