TNT has always had a problem with its coverage of the Champions League: Out of the world’s top five leagues, the English are at the bottom of its list of those covering the tournament,… 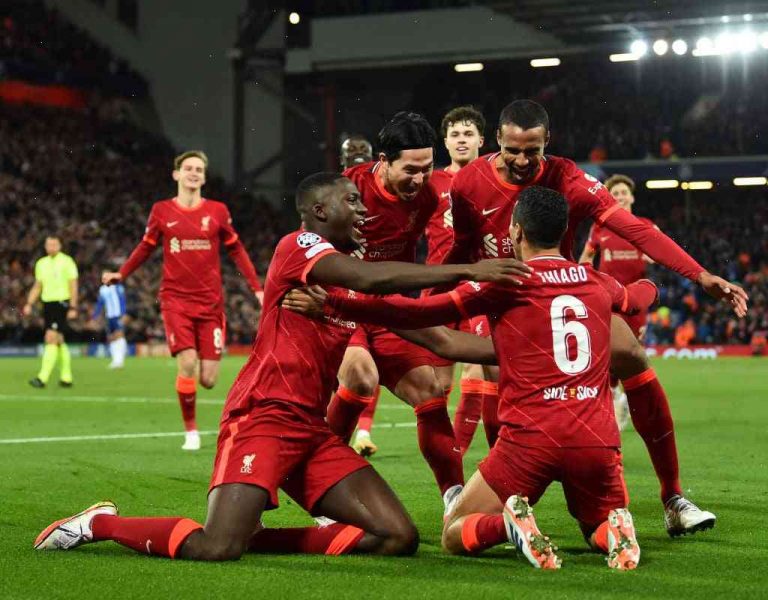 TNT has always had a problem with its coverage of the Champions League: Out of the world’s top five leagues, the English are at the bottom of its list of those covering the tournament, ranking 14th for average viewership. (The other leagues in the top five only make the required eight games available during the regular season; English soccer’s four-month span includes the second-place league and those relegation playoff games. The European leagues feature eight-game rounds.)

So how do you live-stream the Champions League if you’re not a subscriber to a club-based network? Unprecedented coverage from WDS, the digital unit of the Spanish channel Telecinco, combined with Real Sports’ “Hot” analyst Donny Deutsch.

The semifinal series between Liverpool and Porto kicked off Monday, and the match had the goods to live up to all that pregame hype. Those on hand for Porto’s defense of its Champions League crown were treated to three goals and a 64th-minute strike by Thiago, who found himself wide open at the far post and promptly slotted in an effort from 11 yards. That was a gift to Dalglish’s Liverpool side, which raced to a 4-1 halftime lead (including a Nathan Redmond goal the Porto keeper should have saved, per Deutsch).

Dalglish’s side dominated, and it was a surprise when the scoreboard didn’t book its own flights. Jurgen Klopp’s personnel choices and tactics worked well on and off the field, but the second half was an unkind one for the Teutonic draw; Eder scored in the 67th minute to set up an all-Portuguese showdown, and as Klopp’s side came out with more attack in the second half, Sporting had a man sent off in the 78th minute and Porto a new winner. As Porto had conceded a goal to Liverpool in the second half and into stoppage time of the first leg, that last-second strike at Anfield was likely a key to claiming back-to-back titles.

Things, of course, have changed. Before the group stage opened last week, Porto players questioned their schedule for the competition, worried that injuries to injured players would lead to health problems down the road. Wednesday’s second leg at the Rajamarcos de Quimica will be a much harder assignment for a team that lost manager Andre Villas-Boas in the middle of the season, and needs to find a better balance on and off the field. The good news for Porto: its final-16 foe, Chelsea, continues to find goals.