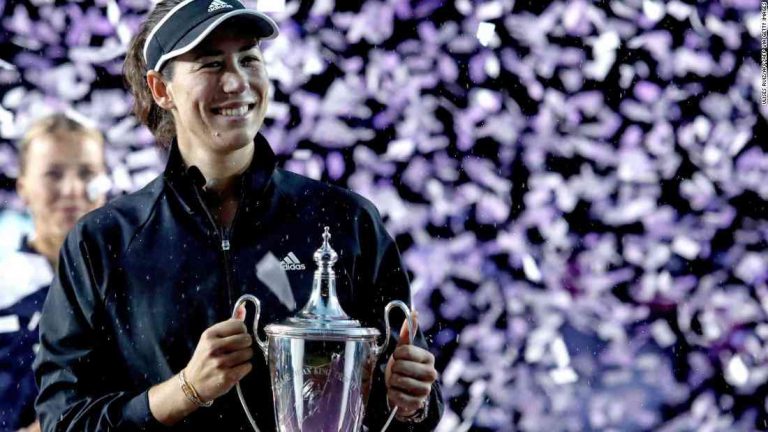 Garbiñe Muguruza became the first Spanish woman to win the WTA Finals on Tuesday when she beat Petra Kvitova in straight sets in Singapore.

“My favorite moment in a career is when I win a tournament,” Muguruza said in her on-court interview. “For me, this is the biggest victory ever.”

This is the second consecutive year Muguruza won the WTA Finals after losing last year to Madison Keys. She also won in 2015, when she defeated Eugenie Bouchard in the final. The first women’s WTA Finals was held in Singapore in 2006.

The 22-year-old Muguruza is also the first Spaniard to win in two consecutive years since Arantxa Sanchez Vicario in 1999-2000.

“I think I’m breathing very heavily. I feel so proud of myself,” Muguruza said during her on-court interview. — CBS Sports (@CBSSports) July 5, 2017

This article originally appeared on

Will FIFA be brought in to reform football?