Neanderthal man died of a parasitic worm about 50,000 years ago, says study A parasite that is common in humans but has rarely been found in people other than wild animals has been discovered… 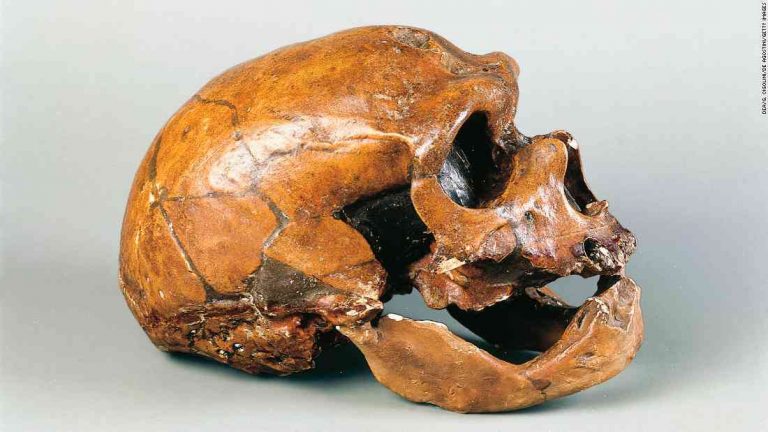 Neanderthal man died of a parasitic worm about 50,000 years ago, says study

A parasite that is common in humans but has rarely been found in people other than wild animals has been discovered in the preserved brains of a Neanderthal man who died in north-west Europe more than 50,000 years ago.

Up to 50,000 years ago, the most northerly settlements of the European continent had become cooler and wetter and may have been home to Neanderthals and modern humans.

The plague of worms found in our brain Read more

But it was another microorganism, Serratia marcescens, responsible for the fatal onset of a minor illness characteristic of the indigenous population in prehistoric Europe, researchers at Uppsala University in Sweden have found.

The finding was not expected to show it was more likely for these people to have contracted human plagues from animals than not.

“This disease is known in many countries around the world, from Canada to Argentina, but is rarely found in our ancestors,” said Christian Hammersson, one of the study’s authors.

“We now have complete, scientifically robust specimens of bacterial infections of the temporal bone.”

The research, which will be published in the Proceedings of the National Academy of Sciences, also showed that the reservoir of the parasite was not in the brain but in the brain’s blood supply.

“It’s a defence mechanism. If the parasite entered the brain, the nerves were exposed and it became fatal,” Hammersson said.

The finding means the parasitic disease spread from animals to humans and from the west of Scandinavia to its east, he said. “This is so unusual that we believe it’s unlikely to be a random event.”

James Barriere of University College London, who did not take part in the study, said the research was “a major advance in our understanding of neuropathology”.

‘He had a future’: Toronto police identify man killed in Thursday night shooting