Two cops shot in the Bronx, are expected to recover

NEW YORK — Two New York City police officers were shot Wednesday in a gun battle in the Bronx, but both were expected to recover, officials said. The officers encountered a man in front… 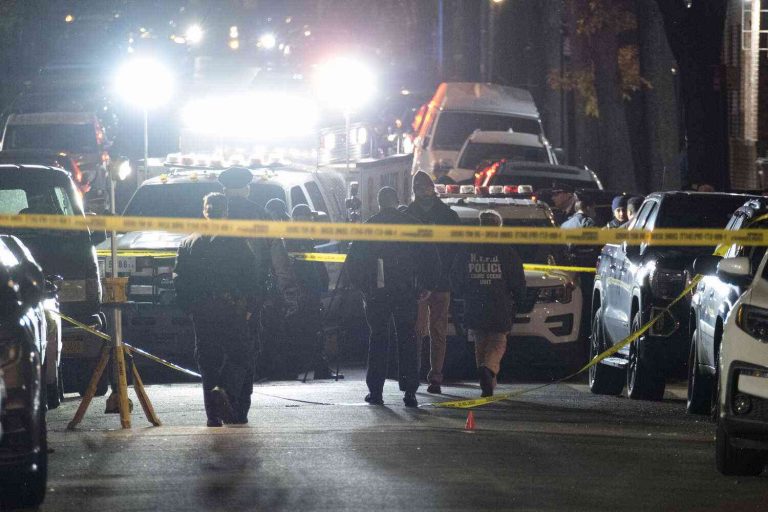 NEW YORK — Two New York City police officers were shot Wednesday in a gun battle in the Bronx, but both were expected to recover, officials said.

The officers encountered a man in front of a home who pulled out a gun and opened fire, shooting one in the foot and another in the hand, Commissioner William Bratton said. The man fled and was arrested about two blocks away.

Bratton said the suspect had a criminal record and at one point was in contact with two other police officers — and in a vehicle with them — in Brooklyn and “took off” in the car.

He was stopped, but taken into custody and released two weeks ago when he appeared to be drunk and resisting arrest, Bratton said.

The officers fired at the suspect with their own service weapons, but their weapons were not working properly, Mayor Bill de Blasio said. Bratton said he didn’t know if the officers were hit with the fired rounds or not.

The wounded officers were identified as Alexander Bonds, 35, who has been with the force for 11 years, and Justin Volpe, 29, who was a rookie officer for a year. Both worked out of the 43rd Precinct in the Bronx.

The suspect, a 23-year-old whose name was not immediately released, faces a number of charges, including attempted murder, robbery and weapons possession.

A bullet hole was visible in the front window of the home where the officers were shot. Broken glass littered the front porch of the home, which is set back behind a playground and apartment buildings.

Why investors should look at clean energy