Professor Tekula Abosaide and Dr Jessica Mariam both left for greener pastures in the west – but both expect their research achievements to live on Two of Africa’s Covid experts are leaving the continent…. 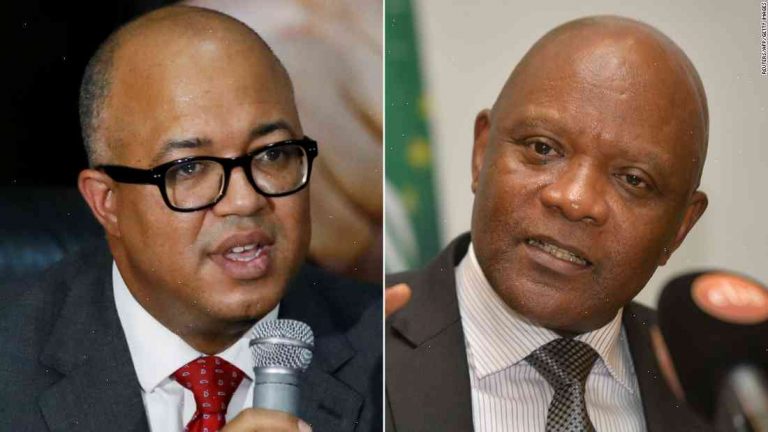 A year and a half ago, the development scientist and epidemiologist from Kenya called me for help with her visa problems. She felt she had only one chance: to land a place in a clinical trial at the University of the Witwatersrand in South Africa, one of the world’s best funded cancer research centres.

“My application was easily on the table,” says the young Kenyan woman. “Unfortunately, the decision-makers heard only that I was not on my desired visa status,” she says, her grief evident in her voice.

“If the decision makers saw who I really was, then they would rethink their decision,” she says.

Tekula Abosaide, a polio expert with a halo of fur and curly hair, and Jessica Mariam, a specialist in accessing social relationships in children, are among the brightest and best, from all over Africa, to make the journey to the private sector and the west. Both are leaving for greener pastures.

Saving on medical treatment and travel costs, Abosaide and Mariam are taking up positions in the west: Abosaide at Yale university in the US and Mariam at the University of London.

They are among hundreds of young Africans hoping to forge a new career in science and medicine.

Both hope to have the long careers of their new peers who joined big pharmaceutical companies such as Roche in the west. Abosaide left family, friends and a couple of university degrees behind to join the team at the London hospital and universities in New York and Singapore. She hopes to convince the big pharmaceutical companies to be more generous in funding clinical trials in developing countries.

Mariam, 28, left Kenya after college to join a high school in South Africa, now merged with another three schools. Once, when I asked her about family life, she told me: “When I travel, they go with me, and if I have a headache and no one to take care of me, then they go with me,” she said.

She’s been enjoying the vibrancy of both urban and rural South Africa. The success of her peers fighting polio has prompted her to return. She will finish medical school this year and then join her mother to work with children living with disabilities in Newcastle upon Tyne, in the north of England.

The decision to leave has been extremely difficult for both, says Mariam. “I don’t know what to expect, but at least there are people who understand what I am going through,” she says. “There are other people who have left and those left behind have not been given a chance to progress in their careers.”

Neither wishes to cause controversy. Abosaide says she would advise young scientists in developing countries to forget the impression that all big pharmaceutical companies want to advance their profit margins.

And both want to believe in Africa. In the late 1990s and early 2000s, academics sometimes gathered in Cape Town to reminisce about the 1990s, when the body of research in Africa was viewed with deep suspicion by many western firms who accused African researchers of sharing a small slice of their works with the developing world. The problems caused some researchers to fight back with warnings about patent-breaking and copying.

Abosaide and Mariam feel they have helped to stem the flow of scientists leaving Africa for Western Europe and the US. They agree they are both not solely responsible for that shift. More certainly, their journeys are part of a solution, not a problem.

“It’s important that our report [published in 2011] is taken as a call to action,” says Abosaide. “This is why I made it a subject at conferences I attend.”

Mariam echoes her views: “It is very important to send a message to these [big pharmaceutical] companies that there is another way forward,” she says.