Germany’s Chancellor Angela Merkel and her party party agree to form a new government. While Ms. Merkel has been prime minister for the past 12 years, this is her first attempt at forming a… 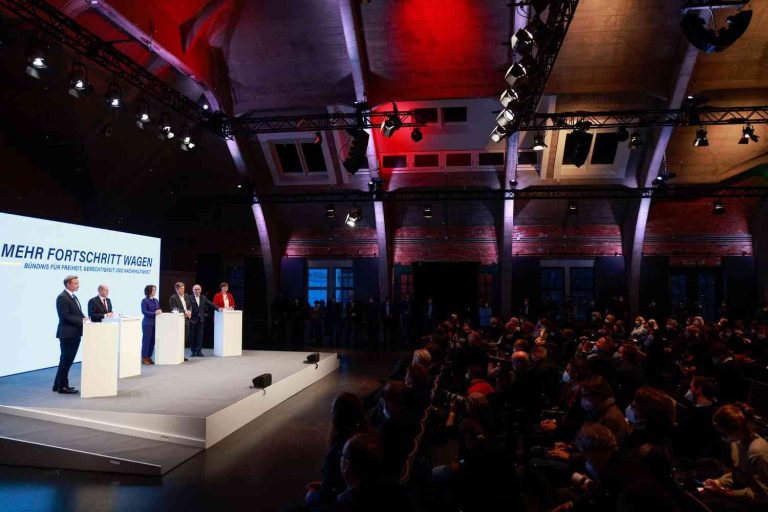 Germany’s Chancellor Angela Merkel and her party party agree to form a new government. While Ms. Merkel has been prime minister for the past 12 years, this is her first attempt at forming a new government, and it follows two elections. After failing to form a government with any other party, German political parties have been struggling to form a coalition government. Ms. Merkel’s party, the Christian Democratic Union (CDU), is seeking to form a new coalition government with the Union party, formerly known as the Christian Social Union (CSU).The CDU holds power in the Bavarian Federal State. Together, the two parties garnered 50.2 percent of the vote in 2017. This has given them an overwhelming mandate to be the governing party, and has been called a dream coalition for Germany.

These two parties have also enjoyed a rocky history, at times clashing in the past. At the end of 2017, they did manage to agree on a compromise program, which was more conservative than the government they have in place currently. The new coalition also includes some fringe parties, such as the Alternative for Germany party, which will receive considerable influence with the idea of curbing migration to Germany. After the announcement of the coalition agreement, the far-right leader of the party whose candidate lost out in a recent vote made remarks that represented a stark contrast from the recently announced coalition agreement. “The troika—the negotiations on the subject of migration—was the last skirmish in a war between the CDU and CSU,” he said. “Of course we cannot say whether or not that was a decisive battle. But we are not going to bow down.”

Merkel’s coalition will also include the party of former foreign minister, Frank-Walter Steinmeier. She will have to negotiate with Mr. Steinmeier for a position as her interior minister. The Social Democratic Party of Germany (SPD) lost their majority in the last election. Several members of the party were against the announcement of the coalition agreement, which they believe is too center-right, and that the deal lacks support from the working class. It is expected that they will challenge the coalition in the electoral election on September 24.