Russian president was no stranger to illness but discovered during UK trip last summer he was allergic to eggs The Russian president, Vladimir Putin, has admitted receiving an experimental nasal vaccine that he revealed… 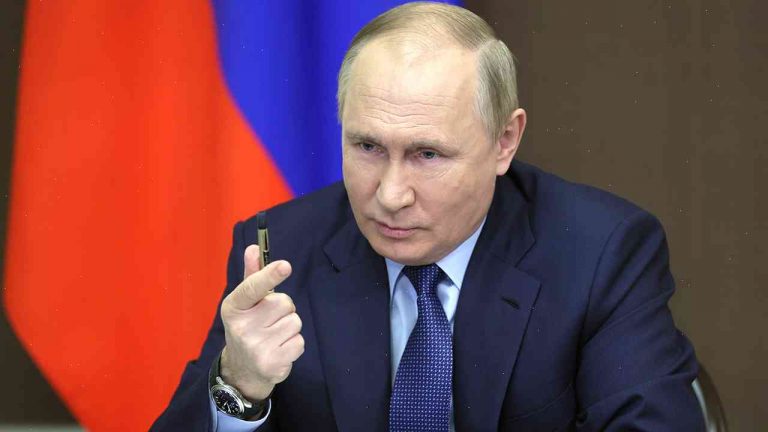 The Russian president, Vladimir Putin, has admitted receiving an experimental nasal vaccine that he revealed only now was what got him through a bout of extreme cold last summer.

Putin said he visited the UK last July at the request of prime minister Theresa May and was taken ill just as she and the Russian leader were greeted by Queen Elizabeth at Windsor Castle.

Speaking at the UN general assembly last September, Putin said he had been suffering from a cold for several days, and never expected it to be as bad as it was, becoming very dizzy, unwell and lethargic.

At a roundtable roundtable discussion with the environment minister, Michael Gove, the Russian leader said he had taken the highly regarded protocol TFO vaccine – known as COVID – to get rid of the flu virus, but was unable to bear to eat eggs.

He told the audience: “It didn’t work … I came here this time for another purpose. I had severe cold. It was difficult to work, I didn’t like it.”

Asked about this during an interview on Russian television on Tuesday, Putin recalled his international trip to Britain, adding: “According to the reports, we hadn’t been ill. I thought I had recovered a bit from this flu-like illness.

“But on the way to Britain I started to feel ill. I realised this is a serious illness.”

He joked he felt odd because he often suffers from colds but he never expected the extreme cold illness to be so bad. “I understand … I got a dose of the protocol vaccine.

“They said for a few days you have to try this; it is promising. But I didn’t want to eat any eggs … I tried to be careful. You know how sensitive I am, I can’t afford any mistakes. But suddenly I started to feel ill. And when I got there I just couldn’t stomach any more.

“Therefore I went to hospital. I didn’t go to private hospital but to the public hospital of Windsor.

“In Windsor, I stayed in an incubator. They took me to medical patients at about 2pm and put me on an IV drip and gave me the treatment … I tried to eat eggs, but I just didn’t have it. And then they said they had to give me the protocol vaccine … I survived.

“But despite being no longer president I am still a very hard core football fan. So I decided to return to Windsor and go to the game. And this time I went down to the stand.”

May reportedly suggested the incident showed Putin had to change his ways after becoming too “ill-mannered”. Her spokesman later said the PM never suggested that to Putin.

The prime minister is due to be in Paris on Wednesday and a spokesman said May had spent much of Tuesday morning preparing her statement to parliament on Syria.