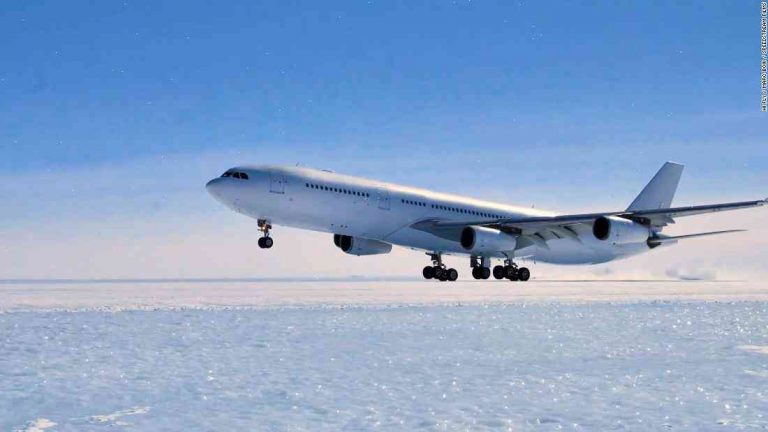 A large Airbus A340 has taken a groundbreaking approach to landing at Antarctica’s McMurdo Station after the pilot allegedly stripped the runway of snow.

The test landing, which was filmed, went down as the veteran French-made airbus was flying over the Chilmark Peninsula when it was forced to conduct the dramatic manoeuvre.

The flight engineer of the A340, Emmanuel Lanouvel, reportedly asked for the runway to be “retrofitted”.

The A340 flying to McMurdo station. Photograph: Ushuaia airport/Handout/Reuters

The airside airstrip, which was built with the help of the UK Antarctic programme and Germany, has proved to be very challenging.

The A340 made its initial approach using the runway and then had to dodge and counter-clockwise steer around a snowflake.

‘Good to be back’: first team from Maralinga reintegrates into their community Read more

Reports from the flight operations centre said: “The runway was retreaded in the direction the airplane needed to fly in to reach McMurdo station, after which the aircraft landed safely.”

The airside landing landed the first Airbus A340 in Antarctica at Maralinga, near Adelaide, in 2008.