More than 40 people including two British children drowned Sunday when a ferry sank on a crossing from France to Britain in cold water. The deaths of the nine adults and 21 children has… 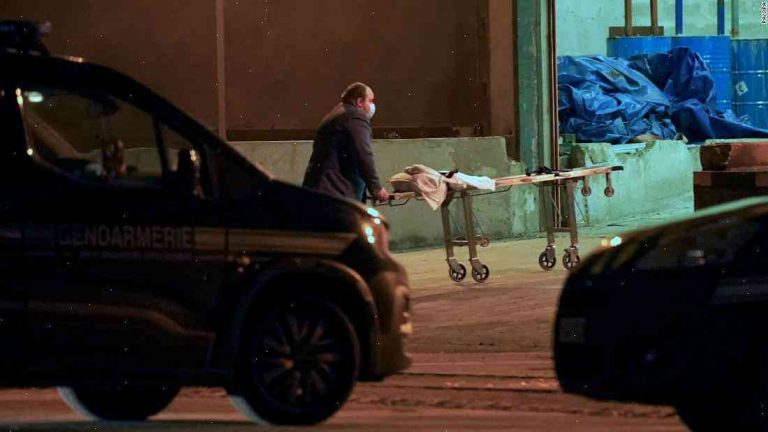 More than 40 people including two British children drowned Sunday when a ferry sank on a crossing from France to Britain in cold water. The deaths of the nine adults and 21 children has prompted warnings from many for Britons to avoid venturing into the choppy waters off the British coasts.

Authorities in France have criticized the decision to allow the ferries to leave without fully inspecting the French shore. The French town of Saint-Nazaire, where the accident occurred, was also fuming over what they saw as a lack of preparedness.

Ferry operator P&O Ferries said the journeys were going ahead Sunday as planned, but some travelers described calls for further delay to alter their departure dates.

Others are demanding the resignation of ferry operators, French authorities and the British government.

“Most of the people who are still out there, they shouldn’t have been out there in the first place,” a French woman named Naida told CNN as she searched for missing relatives at Saint-Nazaire’s port.

Britain’s interior ministry said a top official with the National Crime Agency was in Saint-Nazaire to investigate. More than a quarter of those who died were British.

P&O Ferries said in a statement the ferry “pooled together” to withstand the maximum possible speed of 18 knots (24 mph). It said some people in the mix were wearing life jackets, but could not say how many people in total were wearing the safety equipment.

“The ferry, pooled together at the time, managed to sustain its maximum speed – without any structural breaches,” the statement said.

P&O Ferries offered to assist in the investigation, as well as offer assistance to the families of those lost.

Dutch cargo carrier Alstom said its vessel was used by P&O as a support vessel. The Alstom liner saved 28 people from the ferry, adding: “The ferry rescue operation was extremely difficult with strong tides. The position of the Alstom relief vessel demonstrated the extreme capabilities of it and the technical intervention it was capable of.”

Denmark’s Viking Line said one of its ferries was also a part of the operation. The ship lost seven crew members when flooding brought it close to collapse. The Danish company said seven bodies were brought on its boat while divers were brought in to find more.

France’s transportation minister released a statement on Twitter calling for solidarity “during this crisis.” She called on people to abide by instructions from the coast guard authorities and warned people “not to leave their homes even for a moment.”

Two British nationals who were pulled from the water Sunday morning after spending some 24 hours in the sea “have now been taken to hospital,” the ship’s owner said.

“Despite the efforts of the crews and the local authorities, the number of survivors is sadly still in excess of 40. The cost of the rescue and recovery operation will be extraordinary,” the ship’s owners said.

The ferry tragedy Sunday is the latest in a series of accidents that have plagued crossings between the two countries in recent years. It also comes weeks after a gruesome 19th century murder took place in Saint-Nazaire, and days after a 14-year-old girl was found hanging from a rail on the Channel.

The body of 16-year-old Sophie Lionnet, a student from Folkestone, was found hanging at her town’s railway station Oct. 26 by investigators who found her bag in the station yard.

The 16-year-old’s death has led to intense scrutiny over child and family protection policies in France. The government ordered a report into the case in advance of the holiday season, which is often a period of high traffic on French beaches and ferry terminals.