PHILADELPHIA — It has been a trying season for Carlos Alcaraz, whose family home is in Mexico and who had struggled to get much on his schedule thanks to the political turmoil there. He… 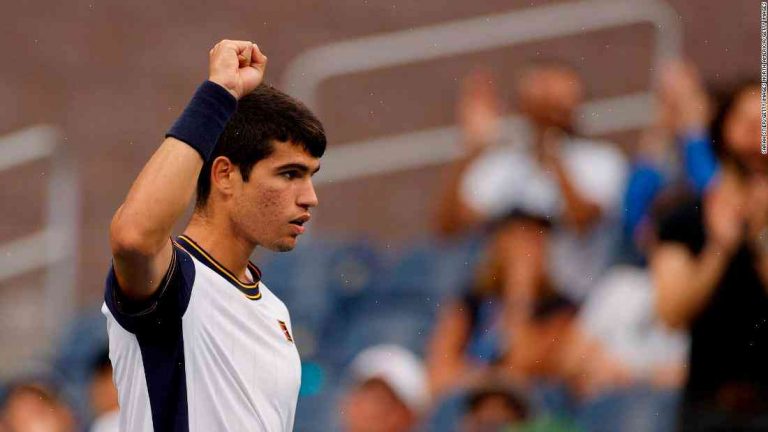 PHILADELPHIA — It has been a trying season for Carlos Alcaraz, whose family home is in Mexico and who had struggled to get much on his schedule thanks to the political turmoil there. He made headlines on Wednesday, however, when he became the youngest American to reach the quarterfinals of the U.S. Open since Andre Agassi in 1990.

“I still can’t believe it, I don’t know how to describe it,” he said after a 6-4, 6-4, 6-1 victory over Steve Johnson. “Obviously, the draw was weird to me. But that’s just tennis. One week you feel so good and one week you feel like, man, you can’t do anything right.”

A blown call by the chair umpire, Andrei Gross, that favored Alcaraz allowed him to serve for the match, and a bit of deja vu occurred when he went on to finish it off. “I thought I was going to go into the locker room for one second and then he said, ‘No, you have to go back to the court,’ ” he said. “He was really kidding around.”

It was a rough day all around for the American men on Tuesday, with nine players exiting in straight sets to a wave of coming talent from the British, Australian and Italian ranks. Alcaraz, who turned 17 in October, did not have such a stellar match from the top end. “At one point he was totally dominating the whole match,” Johnson said. “And then that just took the air out of me.”

Still, he did have a day his way, with the crowd clearly behind him. Johnson broke serve in the first game of the second set but quickly allowed another break to be called in the seventh. “I guess I should have been more aggressive,” he said. “But I guess I got really comfortable and I think I just thought, ‘OK, I’m OK, I’m at the quarterfinals.’ It took me a little while to realize maybe I could lose it.”

Read the full story at the Philadelphia Inquirer.

Kang urges Serena Williams to strike before she leaves her career