Your browser does not support iframes. CNN’s Emma Teitel: “I’d like to start off with an apology,” U.S. Rep. Kristyn Wong-Tam told CNN’s Emma Teitel Thursday on her decision to resign from the position… 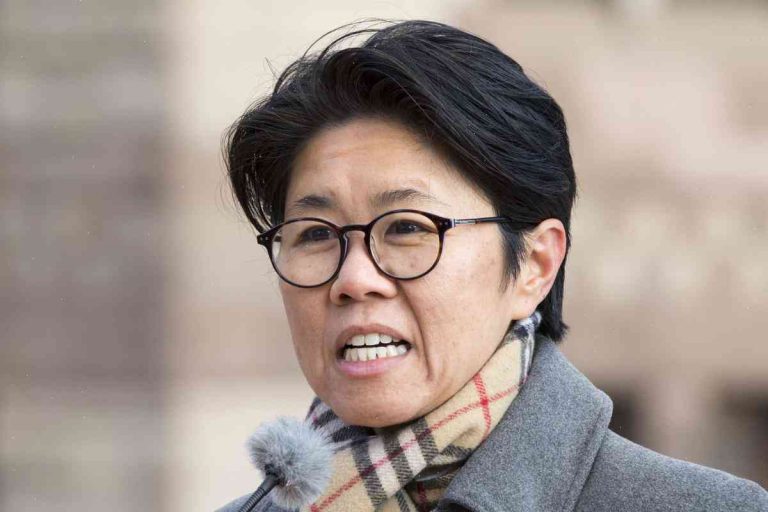 Your browser does not support iframes.

CNN’s Emma Teitel: “I’d like to start off with an apology,” U.S. Rep. Kristyn Wong-Tam told CNN’s Emma Teitel Thursday on her decision to resign from the position she’s held since January 2016.

“I did some illegal fundraising last year. I resigned, and then they said I should go on unpaid leave while this investigation was going on, and I thought that was a reasonable course of action.”

“But now the inspector general told me that I don’t need to go on unpaid leave while my investigation is going on.”

Wong-Tam spoke at a press conference, calling the investigation into her fundraising practices “hurtful,” “demoralizing” and “public humiliation.”

“It made me ashamed of who I am and really hate my own role as public servant,” Wong-Tam said, explaining that she “had been calling Washington, D.C. on behalf of the people since I was 10 years old. It’s not like a paycheck.”

She added: “I cannot ignore a clear conflict of interest…I cannot ignore the gross and unconscionable inefficiency that was harming the people of my district.”

CNN’s Emma Teitel: “You spoke of your constituents and did have the public’s interests in mind, but it seemed to fly under the radar that you might be guilty of something that would violate your oath of office, your public office. I’m sure you were determined to prove that you weren’t.”

“The public rightfully asked for a detailed report on the outside fundraisers. I couldn’t do that with limited access and limited funding.”

“I might have been doing what my colleagues and I agreed to do.”

Teitel: “But you did it anyway. There was nothing you could do, right?”

Wong-Tam: “No, no. When that unethical process began, I was in a position as Vice-Chair of the Public Health Subcommittee on energy and technology, where I wasn’t allowed to do any fundraising, and that’s because of ethical considerations.”

“So in those few months I was Vice-Chair of the Subcommittee on energy and technology I could do all this.”

Teitel: “You can go on unpaid leave and face no charges. At the same time, the fact that they have decided you will not be getting back to your position makes your claim that you did nothing wrong sound contrived.”

“But I was never supposed to be doing an outside fundraiser. That’s what I was trying to fix.”

Wong-Tam said she plans to resign once the investigation has been completed and that she will not be extending her term as vice-chair of the House Committee on Energy and Commerce.