First Airline Charter: The story of chartering the first-class concept

Written by Staff Writer at CNN The first airplane charter was a dream time capsule of glamour and first class flight, featuring early aeroplane cocktails and lavish banquets fit for the queen or king…. 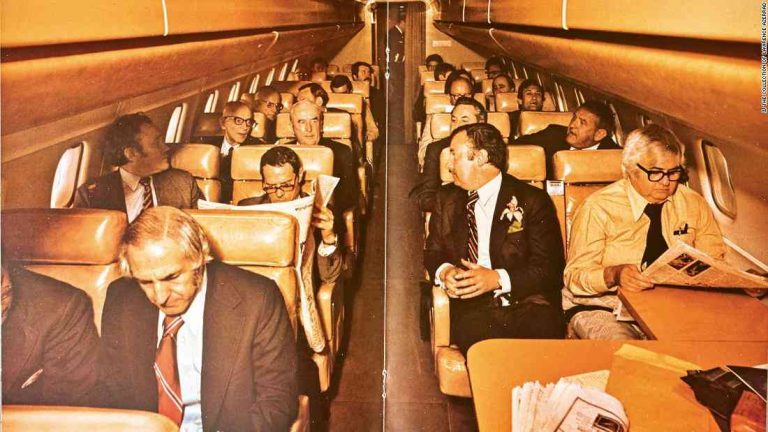 Written by Staff Writer at CNN

The first airplane charter was a dream time capsule of glamour and first class flight, featuring early aeroplane cocktails and lavish banquets fit for the queen or king.

But that luxury was far from the norm in the 1930s. Air travel was still in its infancy when the first charter flights to London took to the air in 1930.

Eastern Air Lines flew a three-mile (4.8 kilometer) route between St. Albans, in north central England, and Kent, on the southeast coast. In the following years, they chartered routes up and down the East Coast, then across Europe for all their first class passengers.

Chartering the first of what would eventually become the world’s most glamorous airlines was a bold move at the time, in large part because most travelers could not afford a direct flight.

Consequently the price of a ticket was less than 10% that of a regular trip to London, on Eastern Air Lines. The travel experience was similarly chic, with the renowned first class service featuring luxury wines and gourmet meals on walnut banquet tables.

But their first business was extremely fraught with difficulties, a point emphasized by its book ‘In Search of First Class’.

The first charter flights took off from a military base on the day the war broke out in 1939. Within weeks, they were flying to New York, London and Paris as direct flights.

By 1938, the airline shifted from a leased military base to a government leased site on Lake Ontario, allowing them to fly anywhere and to exploit the post-war market.

Eastern Air Lines said it charters first class seats on each flight for its passengers and “does not profit from this activity, but rather feels the need to remove the intermediary element of normal air travel.”

Its booking office opened in 1913 and the airline marked its 100th anniversary in 2017.