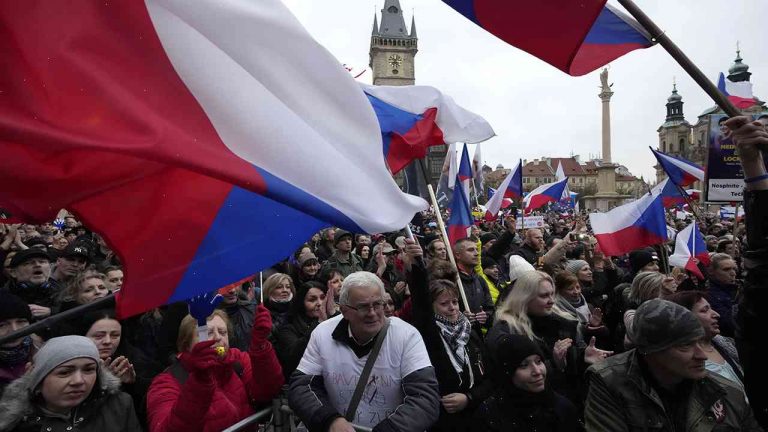 This article is over 7 months old

Czech protesters gathered in front of the government office on Wednesday to demand “freedom” in the wake of tougher new vaccination laws that go into effect after the second world war.

The National Anti-Vaccination Platform (POA) plans to hold three more demonstrations this week and 10 in total until 6 August, and so far has 1,500 people on its register, according to spokeswoman Ľecina Tubišska.

The crowd included several groups against vaccinations that have staged demonstrations for decades in the Czech Republic.

Under the new law, mandatory vaccination for children entering school will be dropped after eight years, instead of 10.

Katerina Hodaya, a medical doctor, said she feared the impact of laxening laws on immunisation in the young.

“In the case of a terrorist attack, a few parents will not keep their children immunised … It can lead to accidents and even death,” she said.