The problems of unrest and safety in the small South Pacific island nation of Solomon Islands have spread from isolated hot spots into the capital, Honiara, with more than 100 people arrested in the… 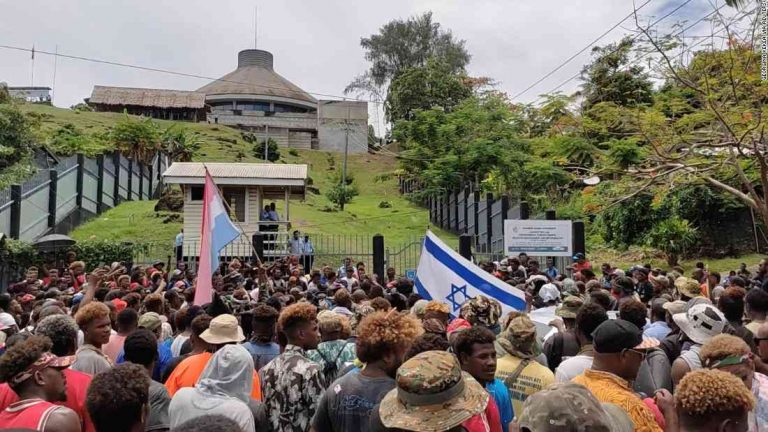 The problems of unrest and safety in the small South Pacific island nation of Solomon Islands have spread from isolated hot spots into the capital, Honiara, with more than 100 people arrested in the last two days, including 49 violent protesters and 41 members of the police and army. The unrest began when a tribal splinter group of a recently dissolved militia attacked two small villages on Wednesday, killing five people, in retaliation for the death of one of its members. As a result, the prime minister, Manasseh Sogavare, imposed a nationwide curfew and ordered the military and police to provide security on each island and coastline.

The violence continues to grow as President George Wayas, Honiara’s governor general, called on Mr. Sogavare to resign on Thursday, to begin “mediation” with the people of Solomon Islands and to hold early elections. An estimated 27,000 people live in Honiara, which is home to a massive airport and a government administration complex that for nearly three weeks has been on edge with the resulting violence.

To gain people’s attention and head off the growing violence, Mr. Sogavare offered to lift the curfew, which has kept many people away from work. However, they refused to take his word and instead took to the streets.

More than 30 people have been hurt, including police and soldiers, and 20 vehicles set on fire by the violent protesters. Less than 200 people remain in two villages that were attacked.

In the middle of the violence, local news photographers Nick Tweedie and Freddie Mdow photographed a group of men who have joined in the uprising for the second time, after being asked to do so by police. While some have been accused of being mercenaries, they insisted that their aim was simply to get safety for people who live near the exclusion zone, and not to involve themselves in an organized uprising.

Read the full story at the Guardian.

These pictures show the dynamic of tribal violence in Solomon Islands, as tribal tensions fuel violence in historic capital

Funding That Helping Trafficking Victims: Some $2.2 Billion – in one swoop