There was a time, many, many years ago, when governments that fell could simply be replaced by governments that would continue to govern. That period was known as the modern era. It began in… 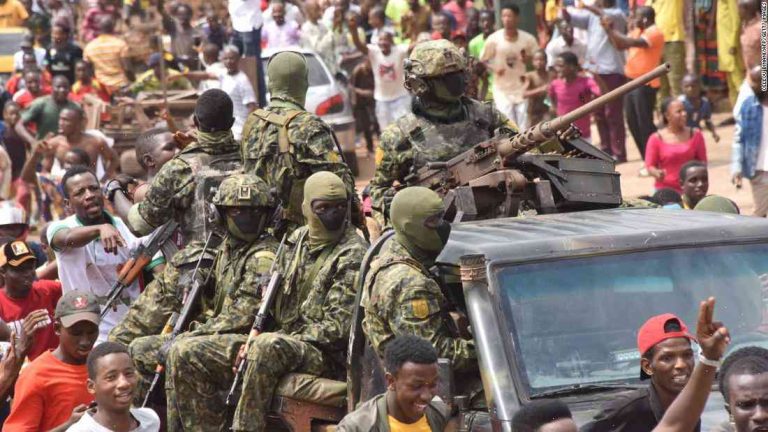 That period was known as the modern era. It began in the late 19th century with the British naval disaster at Cape Town, which opened up the path for African nationalists to revolt. In the decades to follow, nationalist and communist dictatorships rose in Africa in part because it had little civil society and collapsed due to resistance by citizens. The archipelago worked, to a point.

Now, says a new paper in Foreign Affairs, there are new forces at work in African societies that are undermining what was once a fairly cohesive, integrated polity. Crippled by corruption, a lack of democracy and weakening institutions, Africa is devolving into an ungovernable, volatile spot, researchers at the University of California, Berkeley, say.

The paper argues that the fall of so many African governments isn’t all that rare. More than 30 African leaders have come and gone in the past two decades, from Uganda’s Meles Zenawi to Burkina Faso’s Blaise Compaore, and some of the movements that pushed their governments out are no longer in operation.

But what sets the movements apart from the rest, the researchers say, is that they were chiefly driven by economic issues. The standard economic scenario was to take over a developing country, crush dissent and raise living standards. It’s that very remedy that is now turning the tables.

Economies on the continent are only now starting to look like their counterparts in the West, the researchers say. Instead of doing things by force and then turning the focus back on economic development, African leaders in recent years have adopted relatively slower, more tepid approaches to their political problems and ended up falling on their face.

It’s only a matter of time, the paper says, before this tendency is caught and reversed. Economic forces have long made it harder for leaders to hold on, as they try to combat dwindling subsidies and build business confidence. That, coupled with a combination of poor leadership and paltry democratic institutions, is fundamentally what caused the dramatic, once-bipartisan, now distinctly anti-European shift that saw 40% of African leaders ousted over the past 18 years.