KHARTOUM, Sudan — Returning from a week of intermittent house arrest in Kenya, Sudanese Prime Minister Osman Buyal claims his country has made significant strides in peace and national reconciliation, a sign, perhaps, that… 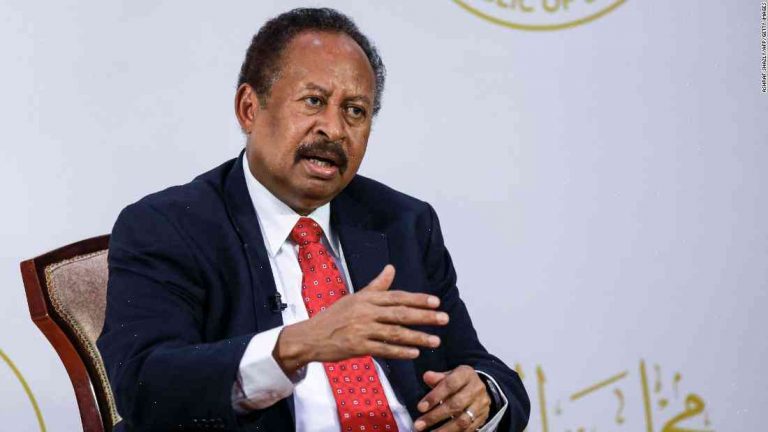 KHARTOUM, Sudan — Returning from a week of intermittent house arrest in Kenya, Sudanese Prime Minister Osman Buyal claims his country has made significant strides in peace and national reconciliation, a sign, perhaps, that Sudan’s leader, Omar al-Bashir, is finally giving the nation a chance to end two decades of conflict.

Bashir, who has been indicted for war crimes at the International Criminal Court, was elected Sunday to a second seven-year term.

“I made the decision to come back so that we can do more in order to make sure that we avoid bloodshed and war,” Buyal told journalists during a brief news conference.

The news conference, which came in the early hours of Friday after Buyal had been granted temporary leave by authorities in Kenya, raised hopes among the Sudanese population that the political situation in the country was beginning to change.

But Buyal later walked back some of his remarks, saying that he had “no intention” of making a declaration that would “give something away.”

So far this year, seven thousand have been killed in the conflict in Darfur, a state in Sudan’s western region, which has been the site of one of the world’s worst humanitarian crises. The number of people who have died in the conflict has been largely disputed. Some outlets put the number as high as 300,000.

Sudan’s new president, Omar al-Bashir, has been questioned on several fronts since Sunday. Unverified reports have emerged that a new member of his Security and Intelligence service — “Younis Awad Kassoum” — has been arrested.

The last prime minister appointed by Bashir, Ali Osman Taha, was declared dead shortly after Omar al-Bashir took power in a military coup in 1989. In 2005, he was ordered by Bashir to resign after Bashir’s supporters were convicted of alleged genocide in the western region of Darfur.

But in his absence Buyal has continued to promise to address issues of fear and strife.

“We can take a step to build the Sudanese people’s confidence,” he said.

The O2 Arena in London, where tennis is big business