We’ve been waiting a long time for another completely revolutionizing airliner — and Boeing’s proposed jumbo airplane just might do it. Much in the vein of bringing forth the Boeing 777, the Next-Generation 737… 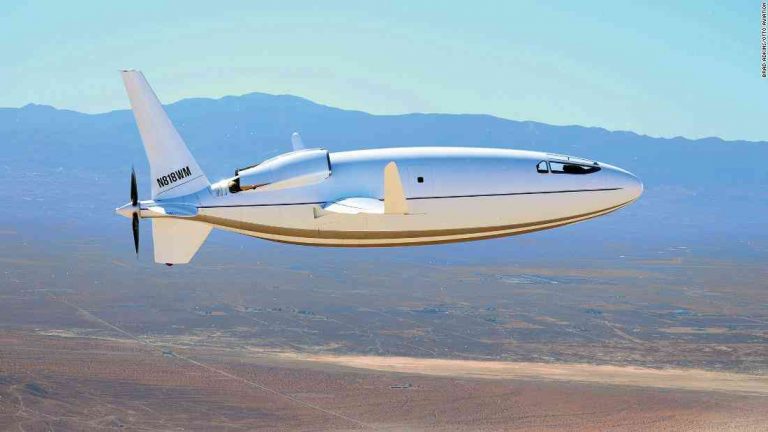 We’ve been waiting a long time for another completely revolutionizing airliner — and Boeing’s proposed jumbo airplane just might do it.

Much in the vein of bringing forth the Boeing 777, the Next-Generation 737 MAX and a host of other highly successful jets, the famed aircraft maker was recently awarded a $1.16 billion contract by Israeli Prime Minister Benjamin Netanyahu to build an airship designed to carry tons of cargo and passengers over short distances at high speeds. The airship, dubbed the Barak 8, is expected to cost roughly $500 million and take flight sometime in the early 2030s.

The design team calls it the world’s “first, largest and longest manned airship, capable of operating over oceans and operating continuously over land in single-passenger configuration or as part of multiple fleets.” The Barak 8 will be capable of flying for nearly 3,000 nautical miles and offer 12 passenger cabins with pax height greater than 60 meters. It’s slated to seat up to 75 passengers on regular flights over the U.S. and should require under half the fuel of existing methods of air travel.

As I noted in a 2011 investigation, the previous record for a passenger aircraft over water was roughly 470 feet. If you zoom in just a little farther, the Boeing’s cargo version would be 895 feet, or roughly 90 feet longer than the fastest cargo jet out there.

“This airship could enable cargo ships to turn on a dime,” said Donald A. Johnson, executive vice president of Boeing’s defense group, in a statement. “To be the airship’s largest customer, we want to be able to transport 50 percent more cargo and passengers per day.”

Look: If you’re not crazy about the idea of flying over water, there’s a way to do it safely and significantly less expensively. In fact, NASA just ordered Boeing to build a 400-foot water- and air-filled airship, which would carry out deliveries and tests in the Arctic and could cost just $35 million, far cheaper than anything the tech giant has tried to build so far.

“The National Aeronautics and Space Administration strongly supports the Airship can provide the U.S. military a wide range of cargo capabilities, including lift for vertical test range demonstrations and airborne repairs. These capabilities could be highly beneficial for the DOD in its efforts to enhance survivability, particularly in the Arctic and polar regions,” reads a NASA memo on the project.

“It could be used to deliver real hardware and stuff to the Arctic. It would also serve as a platform to deploy cameras, drones or radar sensors; it could make constant flights around the world; and it could provide firefighting capability and deliver its payload from any of the major shipping lanes in the North Sea,” he added.

In a 2012 episode of the “Mythbusters,” researchers successfully tested a floating aircraft simulating a prototype of the Barak 8. The downrights aren’t powerful enough to carry much in the way of cargo but the water-filled airships seemed to pick up most of their work from laser beams instead of humans. And the helium factor is what allowed the tests to go smoothly.

“We had to ramp up the helium supply in the tank. We had to have a couple of them in here now that’s holding enough helium to fill the whole thing,” said Trisha Cook, a “Mythbusters” member, who had been using a malfunctioning engine to test the airship. “As long as they got enough helium going up, we’re good to go.”

To see the airship being tested as part of a wider research project, head here.