States further expand military bases in Azerbaijan and Armenia, but bar Nato from bases The Russian foreign minister Sergei Lavrov met his Chinese counterpart in Beijing on Saturday in an attempt to extend defence… 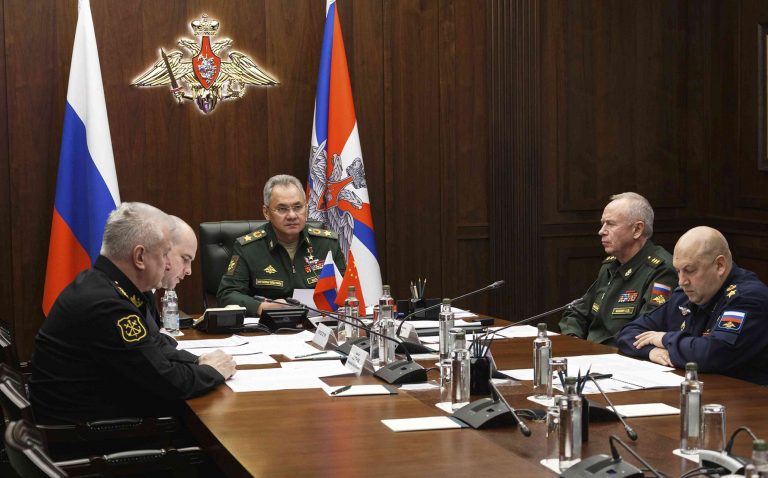 The Russian foreign minister Sergei Lavrov met his Chinese counterpart in Beijing on Saturday in an attempt to extend defence and energy partnerships to counteract ongoing US initiatives.

The meeting, in the Chinese capital, builds on an agreement in January for Moscow to build a railway from Kazakhstan to the Chinese province of Xinjiang, where Muslim minorities have felt slighted by Beijing. The Aksu railway was originally planned for China and Kazakhstan to open next year. But it also envisages construction of the Iranian port of Chabahar, a sign of Russia’s interests in Asia.

In 2012, President Xi Jinping first announced plans to open a Chinese military base in Azerbaijan, near Baku. But the pledge never panned out. Now, China and Russia are further expanding military ties in the South Caucasus, with proposed agreements to build a training base near the Armenian city of Gyumri. Russia has also built a military base in Armenia’s Black Sea port of Sevastopol, and is mulling building a naval base in the Black Sea at Burgas, near the Turkish coast.

The Mongolian prime minister, Khadzhi Sumi, confirmed Russia will open a field for leasing in the Mongolian town of Hengchun, 100km (60 miles) from the border with China.

Russia has also built a centre in Dushanbe, the capital of Tajikistan, the neighbours of the Kurile islands, claimed by Japan.

Moscow and Beijing have also sought to look out for each other’s interests in recent years in European diplomacy, protesting that the US president, Donald Trump, made inappropriate approaches.

Russia has indicated it hopes to use its economic and military ties to sell European countries new supplies and technologies in a bid to weaken the influence of the US.