No vaccination drives. No clinics. No immunization schedules. Not a pediatrician in sight. What’s been going on at the 3-month-old unit at Toronto’s Hospital for Sick Children? What are the medics up to? In… 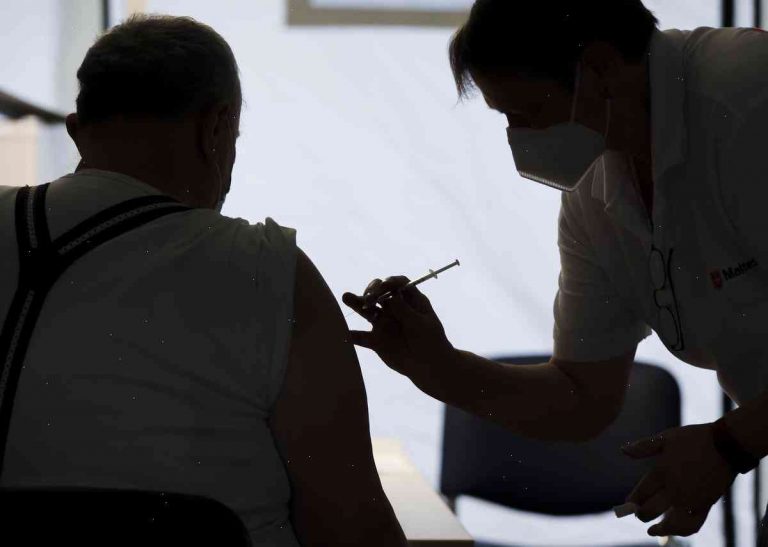 No vaccination drives. No clinics. No immunization schedules. Not a pediatrician in sight.

What’s been going on at the 3-month-old unit at Toronto’s Hospital for Sick Children? What are the medics up to?

In a story published Friday morning, the Toronto Star reported that they aren’t doing one thing. They are wandering the halls trying to find some patients.

“In terms of actually advocating for something that would help protect infants, I don’t know what it would take for us to actually get something done,” spokeswoman Alison Kemp said.

On Monday, Health Minister Christine Elliott was asked about this during a question period.

After apologizing profusely for the media fiasco and the uncertainty about immunization strategy, she dropped her vague hints.

“Health professionals in the workplace have great flexibility, great wiggle room to respond to whatever’s taking place in their workplace,” she said. “They have the freedom to decide what’s needed for their patients.”

Elliott tried to put an end to the huffing and puffing Monday, and moved quickly to engage, issuing a statement saying the Ontario government’s focus is still on expanded access to vaccines, in particular CVID vaccines, the common shots mandated for infants and children under 5.

The government is “trying to speed up the waitlist process for the vaccines as quickly as possible,” her statement said.

But a few health department spokespeople tell CNN there is no connection between the vaccination waitlist and the story about the babies’ unit. So, what’s the delay really about?

The truth is, in a story that looked so obvious, Ontario is demonstrating an obvious weakness.

Though a routine shot isn’t required for children in the country, the debate about vaccinations has always been a hot button topic. The public at large is wary of shots.

Anecdotal evidence of preventable illness has long shone a bright light on the uncomfortable truth that this debate causes.

But Ontario is not the only Canadian province struggling to ensure that children are protected from preventable illness.

In Alberta, parents have criticized a plan that gives a letter to parents about vaccinations on letterhead bearing the province’s logo.

And health experts are concerned the country’s seven “inactive” flu vaccine routes will provide too little protection against this year’s vaccine.

Both Manitoba and Saskatchewan have not administered boosters to their immunized families. Quebec takes a more conservative approach to vaccinating children, with mandatory shots for those who lack the right documentation.

The province of British Columbia introduced a bill in August that would require vaccination for 7- and 8-year-olds, but the bill stalled in the legislature. And last year, one woman in northern Ontario refused to vaccinate her son.

The story went viral and the city of Timmins, Ontario, issued an apology.

While the data isn’t broken down by province, data from the Canadian Institute for Health Information shows the country will vaccinate 93.7 million children over the age of 14 years in 2018. That’s a large chunk of the country’s population.

When it comes to immunizations, Canada only lags behind the U.S. in the percentage of people vaccinated on the recommended schedule. The data is from 2014, which may explain why Canada’s immunization track record has been less rosy than in America.

But across the pond, the problem is more severe. According to the latest data from the World Health Organization, 79% of Canadians who should be immunized are not.

When it comes to babies who should be vaccinated, that leaves them vulnerable to diseases like measles, mumps and rubella.

When they are left unprotected, they could come in contact with the most vulnerable children. And since mumps is usually contracted through sexual contact, that means any sexual partners should be vaccinated as well.

In the last five years, the Toronto Star has published stories about infants dying from preventable, preventable diseases. And it would have been beneficial to know if more infants were vaccinated, in order to prevent them from dying.