Hi there. I will only say one thing to you from right here: It’s good to be the Bloor Street Bridge. Not to clarify in any way, because I want you to know, if… 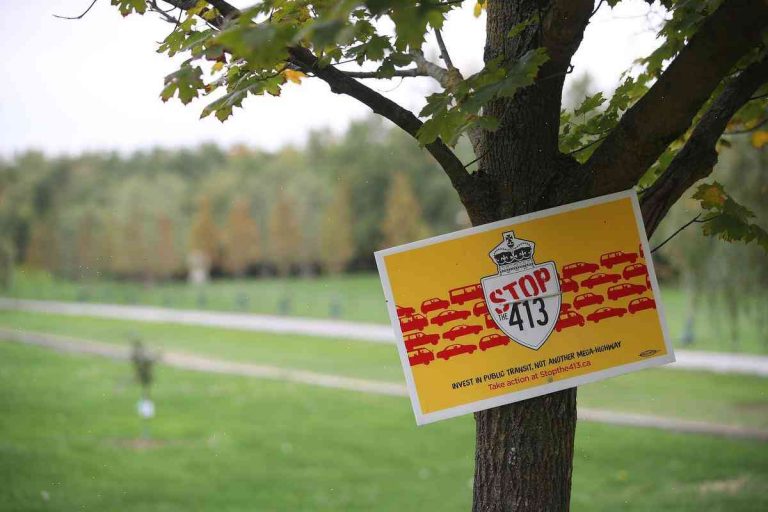 Hi there. I will only say one thing to you from right here: It’s good to be the Bloor Street Bridge. Not to clarify in any way, because I want you to know, if you wonder how we got to this place: We can’t blame you. (Except you: I know who you are.)

Yes, when you people think back over the five years of right-wing government in Ontario, you should take a stroll around the corner and look at the Bloor Street Bridge. To some this might be a lonely place, surrounded by green space and replaced only by gullies, and it is. And to others—you know who you are—it’s more like a home from home, where the people who used to drive these streets, who used to park in those spots and live in those houses, are now parked and being taxed out of their homes, and making it the next frontier of the LRTs, where city bygones will be city bygones.

Or maybe you should just not think about this for a minute.

Ontario doesn’t yet have an LRT, as we put it, because it can’t make its political decisions with fully formed plans and are doing everything they can to pay the bills while they don’t have a revenue stream, plus they cannot figure out how to replace that aging Windsor-Detroit bridge, which was built as a passageway between then and now and has not yet been mended. This is why Ontario is now taking four years to sign a $23-billion deal to sell the land under the new bridge so it can be built. Yes, that and OPP offices and passenger ferry tracks and kids in really weird haircuts who have enormous rocks hanging off of their heads.

You people who live in Don Mills are at home with all of this. You already know how quickly things can change, and you know how some things take a long time to get to but suddenly seem like things you once had but now don’t. You live with that sometimes. You may even live with it when the Metrolinx staff is reporting in great detail that this is the process they went through in this political idiom called cooperation. This is why you choose to live in Don Mills.

This is why everyone who has ever lived on a reserve, especially in Northern Ontario, knows what a political idiom is.

The Bloor Street Bridge, which will be operating again by late 2019, has been in the works since 1997, and first came up for money in 1999, long before it was the detonator that makes Toronto what it is today. Toronto will continue to have the same hard times as other cities, because there is not enough building going on and the gap between the present and the future grows wider each day, which is the way city planning operates. You may have never noticed, but Toronto has a to-do list so long that some people are even calling it a reconstruction.

But Toronto is not Chicago, where things will always go wrong. It is not Manhattan, where something goes wrong every day. It is not New York, the giant bust-up-of-Earth city whose bones stretch around the planet and hide behind the skyscrapers and the square footage of its skyscrapers.

Toronto is the leader of the pack, but there is a not-quite-arsenal right beneath its bloodstained gray granite. Toronto’s next five years will see it spend an estimated $15 billion on projects outside of its borders.