Tracy McGrady: Cleveland Cavaliers won’t be easy out in the NBA Finals 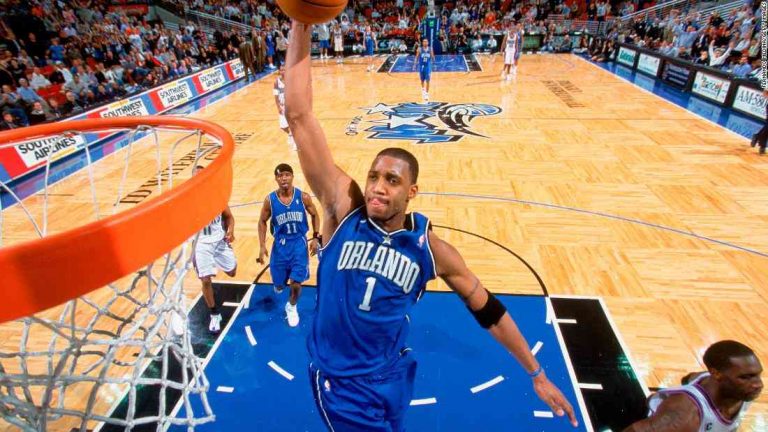 Tracy McGrady, who was the driving force behind the Golden State Warriors’ acquisition of Stephen Curry, has been a follower of the Warriors ever since he came into the league back in 1996. In fact, Curry ended up with McGrady and the Raptors when he was traded from Milwaukee to Toronto in 2013.

On Sunday, a few months before the Warriors face the Cleveland Cavaliers in the NBA Finals, the former NBA All-Star took a look back at what had made the Warriors successful.

And, surprise, surprise, McGrady believes Curry and Co. to be a very plausible championship contender.

“I think they’re a perfect fit for his talent,” McGrady told ESPN’s Michael Wilbon and Jonathan Givony during an interview. “The ball moves. The guys make great reads. The ball is coached in the right direction all the time. They aren’t dummies or they’re so unselfish you have no choice but to attack. They have a ton of talent. I just think they fit him to perfection.”

Like other former Knick Derek Fisher, McGrady believes the Cavaliers are going to provide a stern test to Curry and Co. in the NBA Finals.

“I think Cleveland is going to be an absolutely excellent opponent for Steph and those guys,” he said. “I don’t think the spotlight is going to ever go easy on Stephen Curry. I think it’s going to be a hell of a run.”

As it stands, the top-seeded Warriors are undefeated in the NBA postseason and has beaten each opponent in the way they finished the regular season. The No. 1 Cavaliers have not fared as well in the playoffs, falling in five games to the Celtics in the second round last year, while LeBron James and the Cavs dropped to the Celtics in six games in 2016.

However, McGrady pointed out in his conversation with Givony that, while Curry and the Warriors are a complete team, James and the Cavs are still very much an individual team.

“I think LeBron is that special,” McGrady said. “He has to prove how special he is every single night. You win the championship with your second unit? With your third unit? In the fifth quarter? Do I really need to say more than that?”