Ontario’s minimum wage of $14 an hour should last, but a good wage must also be an Ontario minimum wage. As the province ramps up its labour-market regulations, we need to ensure our minimum… 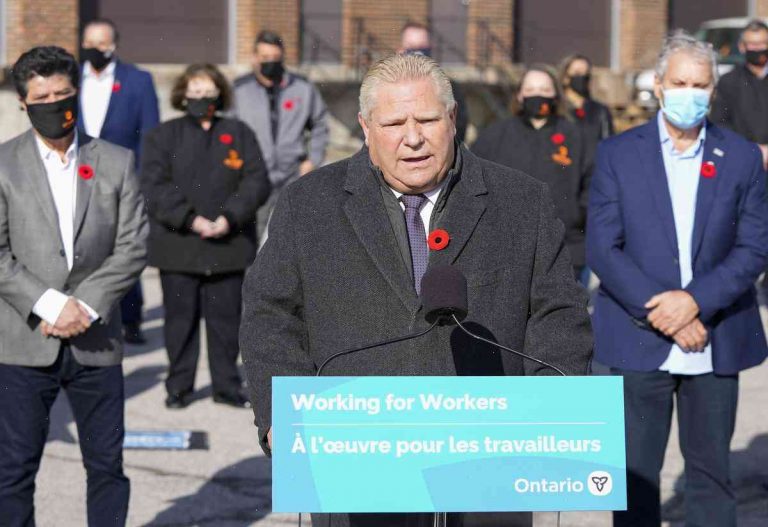 A standard minimum wage of $14 would protect the lowest paid workers in Ontario for the years ahead. That’s more than a $3.50 pay increase for a single person working full-time, and it will ensure that the minimum wage stays ahead of rising living costs. That’s good for workers and the province.

Beyond the typical minimum wage, this proposal is also a good piece of labour-market policy, reflecting the evolving reality of Ontario’s economic landscape. Over the past two decades, the minimum wage has steadily risen, but the cost of living in Ontario has soared, and now places it about 10 cents per hour below the rate many Ontarians need to live a decent life. As more Ontarians are pushed below the poverty line, minimum wage has become a key wage floor that keeps them and their families above it.

We’ve been living under a provincial minimum wage in Ontario for 25 years now, since 2003, and the province has already accounted for some increases in the minimum wage over that time. But we’ve added a new layer to the policy by doubling the minimum wage to $14 an hour by 2024.

Premier Doug Ford may have cut some workers’ pay, but he’s also slashed a program supporting lower-income Ontario workers. For a business like ours that employs hundreds of people, this is a major hit.

It’s what we call an add-on to a business costs, and it’s what Ontario workers used to receive. The cut – $485 a year for us – is designed to help the province bring its budget under control, while addressing the significant labour market challenges that face Ontario. Under the previous government, over $7-billion was invested in programs designed to help Ontario workers lift themselves out of poverty and advance into good jobs that keep them in society. We were beneficiaries of those programs, which helped us boost pay and enhance work-force investment. Now, the province has decided to cut them – which our business must accept in order to maintain profitability.

As we discussed last week in our company boards, our ability to attract and retain the best talent continues to hinge on the ability to attract and retain our employees. Raising pay leads to a more cohesive, productive work force. Increasing the minimum wage will help deliver on that employee commitment, even while it assures that the lowest paid workers in Ontario remain above the poverty line.

To achieve this, a $14 minimum wage must also ensure that the minimum wage can support working families. The cornerstone of that support should be a “living wage” that can enable families to make ends meet. The federal government and provinces across Canada should pursue both minimum wage and a living wage policies, and we encourage Ontario to create such a policy. Research shows that allowing employers to use flexible tips to set wages for tipped workers can improve pay for everyone, by more than doubling the hourly minimum wage.

Raising the minimum wage and supporting families will achieve real and lasting benefits for everyone in Ontario, including businesses, families and the government that oversees them. As Ontario ratchets up its labour market policies, there is more work to be done to ensure that our minimum wage does not come at the expense of families struggling to make ends meet.

Sébastien Dallaire is president and CEO of L’Equipe Employment, a mid-size national accommodation, food and catering company in Canada’s restaurant and hotel sector. He spoke at a gathering of business leaders and opinion leaders from major employers in Toronto last week.